WASHINGTON—Israel has warned the U.S. that a Russian deal is imminent to sell advanced ground-to-air missile systems to Syria, weapons that would significantly boost the regime’s ability to stave off intervention in its civil war. 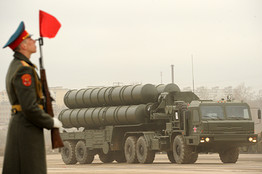 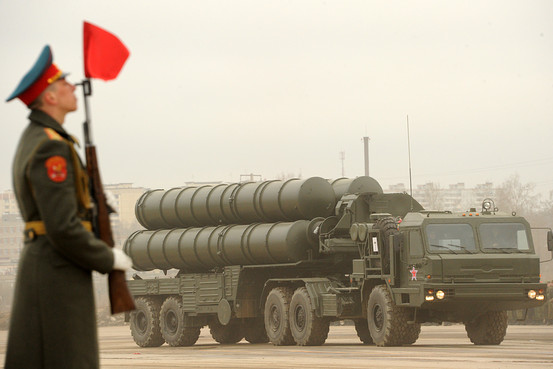 A 2012 photo shows a Russian S-300 surface-to-air missile system during a parade rehearsal near Moscow.

U.S. officials said on Wednesday that they are analyzing the information Israel provided about the suspected sale of S-300 missile batteries to Syria, but wouldn’t comment on whether they believed such a transfer was near.

Russian officials didn’t immediately return requests to comment. The Russian Embassy in Washington has said its policy is not to comment on arms sales or transfers between Russia and other countries.

The government of President Bashar al-Assad has been seeking to purchase S-300 missile batteries—which can intercept both manned aircraft and guided missiles—from Moscow going back to the George W. Bush administration, U.S. officials said. Western nations have lobbied President Vladimir Putin‘s government not to go ahead with the sale. If Syria were to acquire and deploy the systems, it would make any international intervention in Syria far more complicated, according to U.S. and Middle East-based officials.

According to the information the Israelis provided in recent days, Syria has been making payments on a 2010 agreement with Moscow to buy four batteries for $900 million. They cite financial transactions from the Syrian government, including one made this year through Russia’s foreign-development bank, known as the VEB.

Russia has been Mr. Assad’s most important international backer, outside of Iran, since the conflict in Syria started in March 2011, and supplies Syria with arms, funding and fuel. Russia maintains a naval port in Syria, its only outlet to the Mediterranean. Moscow also has publicly voiced worries that a collapsed Syria could fuel Islamist activities in its restive Caucasus regions.

Secretary of State John Kerry met with Mr. Putin on Tuesday in Moscow. The leaders said they would stage an international conference this month aimed at ending the civil war. U.S. officials couldn’t say whether Messrs. Kerry and Putin or their teams discussed the arms sale.

British Prime Minister David Cameron is scheduled to visit Mr. Putin in Russia on Friday. The White House on Wednesday said Mr. Cameron would visit Washington on Monday to discuss issues including Syria’s civil war and counterterrorism, plus trade and economic issues, with President Barack Obama.

The Obama administration has argued that Mr. Assad has to leave office as part of a political transition in Damascus. The Kremlin has maintained that he retains a large base of support and should be included in negotiations over a future Syrian government.

Should Mr. Putin’s government go ahead with the sale, it would mark a significant escalation in the battle between Moscow and Washington over Syria. U.S. officials said they believe Russian technicians are already helping maintain the existing Syrian air-defense units.

The first air-defense deals between Russia and Syria date back decades. Russia in recent years has stepped up shipments to modernize Syria’s targeting systems and make the air defenses mobile, and therefore much more difficult for Israel—and the U.S.—to overcome.

According to a U.S. intelligence assessment, Russia began shipping SA-22 Pantsir-S1 units to Syria in 2008. The system, a combination of surface-to-air missiles and 30mm antiaircraft guns, has a digital targeting system and is mounted on a combat vehicle, making it easy to move. Syria has 36 of the vehicles, according to the assessment.

In 2009, the Russians started upgrading Syria’s outdated analog SA-3 surface-to-air missile systems, turning them into the SA-26 Pechora-2M system, which is mobile and digital, equipped with missiles with an operational range of 17 miles, according to the assessment.

The U.S. is particularly worried about another modernized system Moscow provides—the SA-5. With an operational range of 175 miles, SA-5 missiles could take out U.S. planes flying from Cyprus, a key North Atlantic Treaty Organization base that was used during Libya operations and would likely be vital in any Syrian operation.

The U.S. has stealth aircraft and ship-based, precision-guided missiles that could take out key air-defense sites. Gen. Martin Dempsey, chairman of the Joint Chiefs of Staff, has privately told the White House that shutting down the system could require weeks of bombing, putting U.S. fighter pilots in peril and diverting military resources from other priorities.

Write to Jay Solomon at jay.solomon@wsj.com, Adam Entous at adam.entous@wsj.com and Julian E. Barnes at julian.barnes@wsj.com

A version of this article appeared May 9, 2013, on page A11 in the U.S. edition of The Wall Street Journal, with the headline: U.S. Is Warned Russia Plans Syria Arms Sale.